Countries with confirmed monkeypox cases in the 2022 outbreak 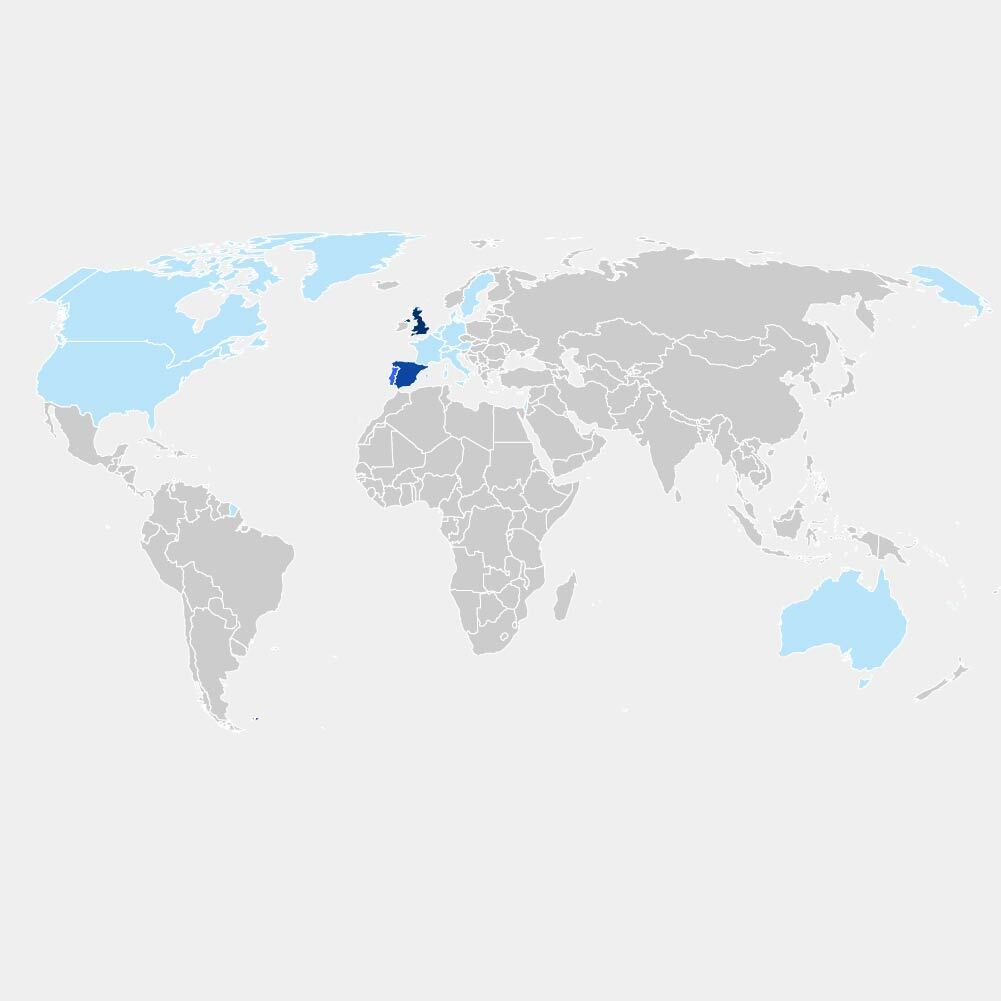 Although scientists rarely spot monkeypox outside of the 11 countries in Africa that have reported cases, a recent outbreak has led the disease to be identified in a dozen European countries, along with the US, Australia, Canada and Israel.

At least 160 confirmed cases of monkeypox have been reported this month in non-African countries, according to Global.health, a group that gathers infectious disease data. All but 10 of those cases have been in Europe: 56 in the United Kingdom, 41 in Spain, 37 in Portugal and single-digit case counts in Austria, Belgium, Denmark, France, Germany, Italy, the Netherlands, Sweden and Switzerland.

Four times as many countries outside of Africa have reported monkeypox this month than have in the previous 50 years. Until recently, the largest outbreak in the Western Hemisphere was in 2003, when pet prairie dogs infected 47 people in the US

“What this really marks is the emergence of the most important poxvirus since the eradication of smallpox now in the Western Hemisphere,” said Anne Rimoin, an epidemiology professor at UCLA Fielding School of Public Health. “Of course, we worry if we start to see additional spread of this virus and then it becomes established in the human population.”

Many of the people who’ve gotten monkeypox in the current outbreak have no history of recent travel to Africa or known exposure to an infected person. Cases have largely been identified among young men who have sex with men, leading experts to believe that the disease is being spread through skin-to-skin contact, perhaps from exposure to rashes and lesions during sexual activity, World Health Organization officials said Monday.

Monkeypox is most commonly found in the Democratic Republic of the Congo and Nigeria, where the virus is endemic. The first human case of monkeypox was diagnosed in the DRC in 1970. Since then, the virus has mostly arisen in people who’ve been exposed to infected animals, either through bites or scratches or preparing meat from wild game. Monkeypox does not usually spread easily between people.

“All of the imported cases outside of Africa that have occurred since 2018 have been from Nigeria,” said Dr. Agam Rao, a medical officer at the Centers for Disease Control and Prevention’s Division of High Consequence Pathogens and Pathology.

The recent cases belong to the West African clade of monkeypox, which is relatively mild: Around 1 percent of people who contract it die, compared to 10 percent of percent with the Congo Basin clade, according to the WHO.

The risk to the general population is low, Rimoin said, but the outbreak nonetheless shows that infectious diseases rarely stay in one location.

“This is a very important reminder that an infection anywhere is potentially an infection everywhere,” she said.