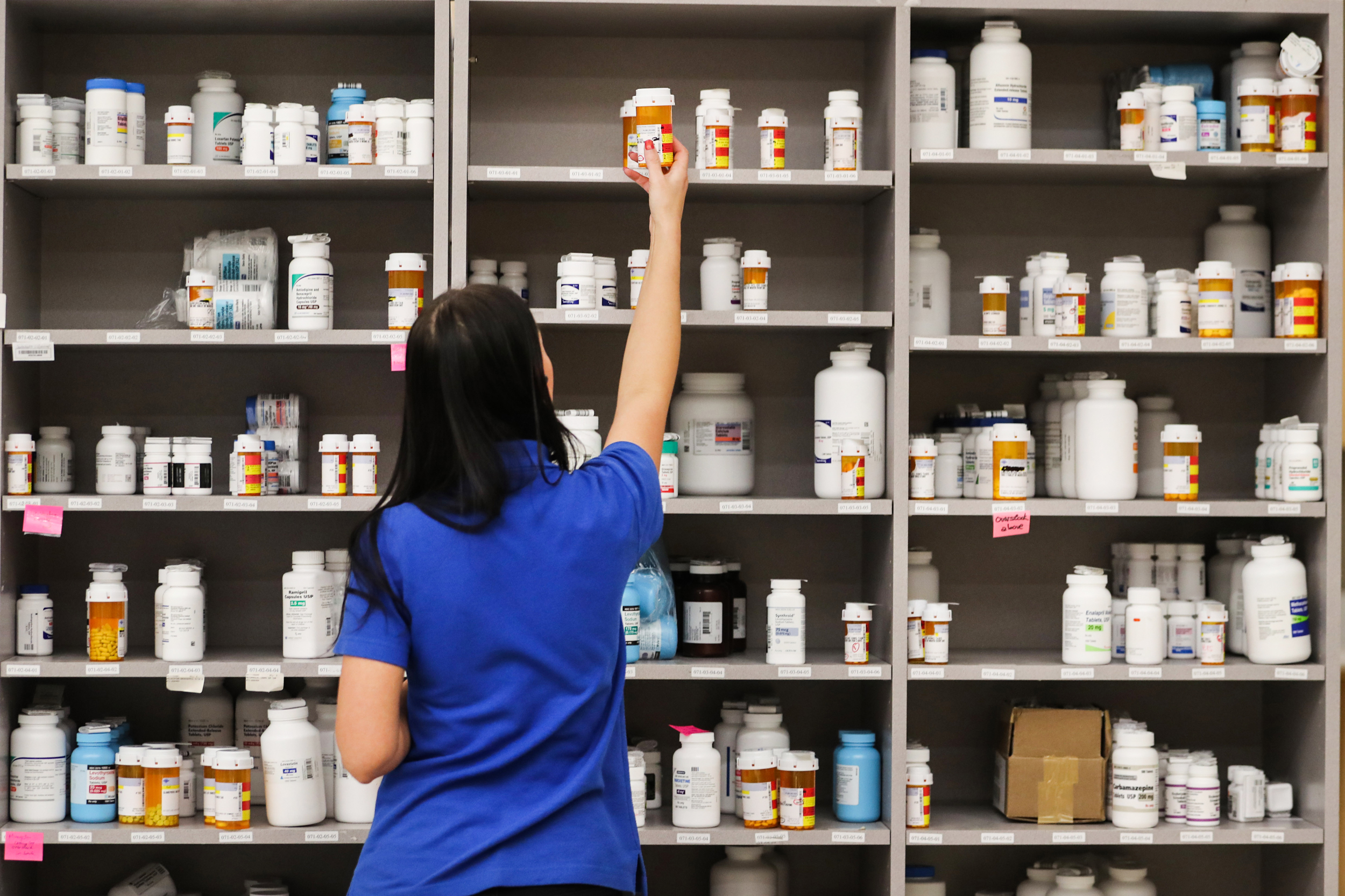 New York resident Lynn Scarfuto, 72, spent several years working as a nurse navigator, helping patients through their cancer ordeals before she became a cancer patient herself.

The financial burden that comes with treating her illnesses has not been easy. Imbruvica, a cancer medication prescribed by her doctor, carries a wholesale price of about $16,000 a month. Scarfuto is on Medicare but doesn’t qualify for a low-income subsidy. Her out-of-pocket cost for the drug that would keep her cancer from progressing comes to $12,000 a year.

“How the hell are you supposed to live?” said Scarfuto, who now relies on her retirement savings. “I don’t have that kind of money.”

Scarfuto’s struggle to treat her life-threatening illness isn’t unusual in the US, where prescription drug prices are often much higher than in other developed nations.

About one in three Americans on Medicare who don’t qualify for low-income subsidies don’t fill prescriptions for their cancer drugs, according to a recent study in the journal Health Affairs. Low income is defined as around $15,000 a year for an individual or about $30,000 a year for a married couple, according to the Social Security Administration.

The out-of-pocket expense for the drugs is too high, said Stacie Dusetzina, the study’s lead author and a health policy professor at Vanderbilt University Medical Center. In some cases, patients would need to shell out nearly half their gross income to be able to afford their medications, she said.

The cost is “unbelievable,” she said. “Nevermind the many doctors’ visits and other treatments that patients probably need at the same time.”

Congress has proposed a number of changes over the last several years to curb sky-high drug prices, though most have not made it into law.

Exorbitant prescription drug prices are a key reason why Democratic lawmakers are said to be now pushing forward a deal that would allow the federal government to negotiate lower deals on behalf of Medicare. Proponents say the move would reduce the cost of the most expensive drugs, including cancer medications.

For cancer patients, the dilemma is especially dire because there are usually few lower-cost treatment alternatives, said Nishwant Swami, a researcher at the University of Massachusetts Medical.

InJune, Swami presented data at the American Society of Clinical Oncology meeting that found nonwhite Hispanic cancer survivors in the US reported higher rates of financial stress than white cancer survivors. About 70% of Mexican Americans, in particular, reported they could not afford their expenses, he said.

Researchers call the economic burden people face after a life-threatening health diagnosis “financial toxicity.” The effects of the financial distress can range from psychological, such as how a person feels about themselves, to physical, such as going hungry because there isn’t enough money leftover to buy groceries.

“It’s really fundamentally a life issue that we really need to be changing,” said Swami.

Right now, the negotiating process for lower costs is “just completely a black box,” said Juliette Cubanski, deputy director of the program on Medicare policy at the Kaiser Family Foundation.

One problem lies with the Food and Drug Administration’s accelerated approval program for new cancer drugs. The program allows drugmakers to charge on average tens of thousands of dollars a month for experimental medications that may not have been proved to work, said Zeke Emanuel, a bioethicist at the University of Pennsylvania. Emanuel is pushing for the US to require the price of unproven medications, including those for cancer, to be based on their real-world effectiveness.

“We all want lots of new treatments and novel treatments,” said Emanuel, a Covid-19 Advisory Board member during the Biden-Harris transition. “We don’t have to pay exorbitant highway robbery prices to incentivize new treatments.”

Abbvie and Johnson & Johnson, the companies that make the cancer medication Scarfuto takes, said they were “committed to ensuring as many patients as possible have access to Imbruvica,” adding that they offered patient assistance programs that provide financial help to those who need the targeted therapy which treats types of lymphoma and leukemia.

Dusetzina, of Vanderbilt University, said while financial programs can lower out-of-pocket costs, drug prices are still too high. She supports a Democratic proposal that would cap prescription drug out-of-pocket costs for Medicare Part D beneficiaries at $2,000.

“It’s not geared specifically to cancer treatments but basically all of the drugs would be subject to this change,” she said.

After the shocks of her cancer diagnosis and the cost of the medication needed to keep her alive, Scarfuto learned she currently qualifies for a special grant in New York that allows her to pay $20 a month for her medication. She knows others aren’t so lucky, noting that some patients skip or ration their doses.

Many people “don’t want to go broke living,” she said.