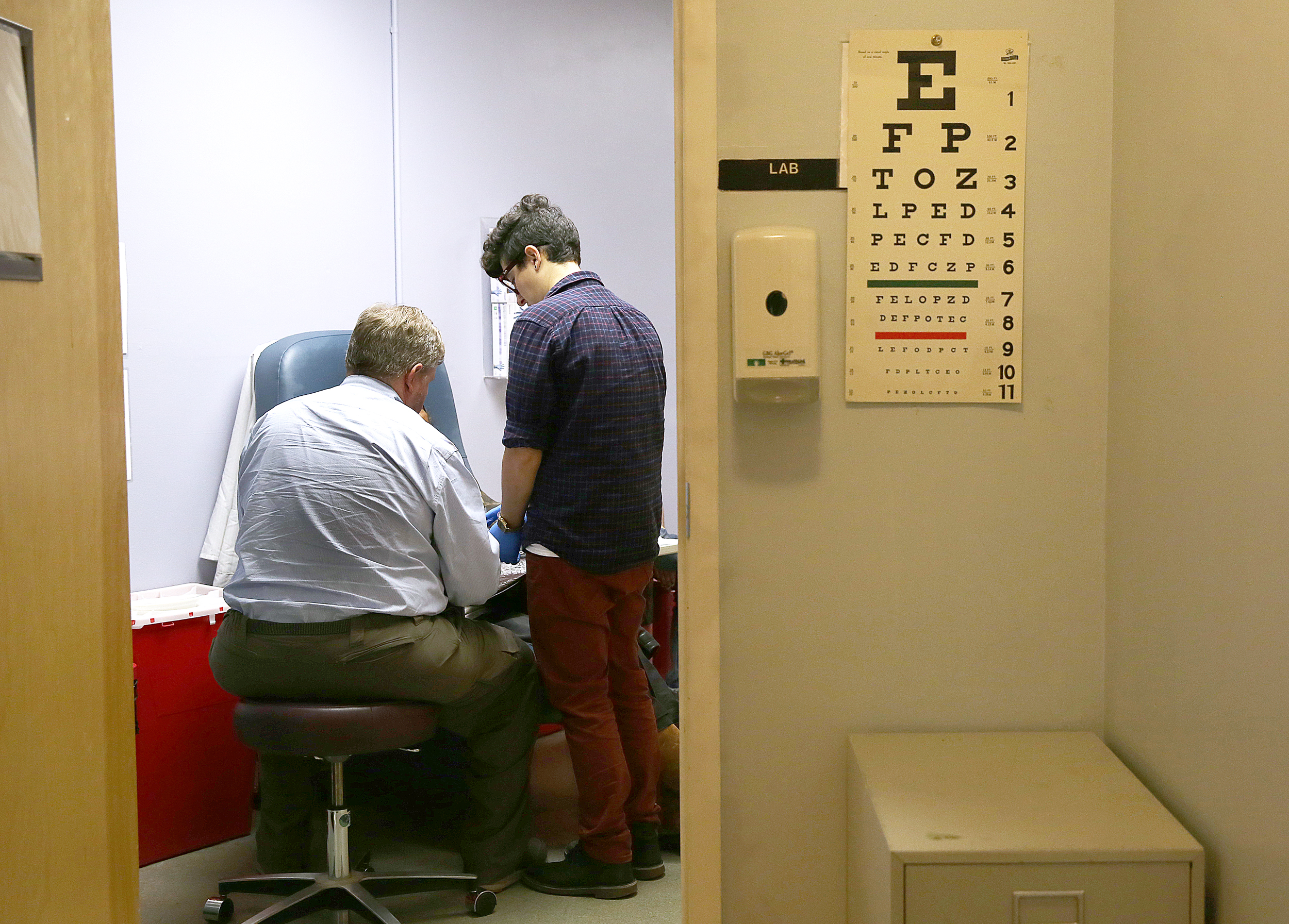 Some transgender advocates are criticizing new guidance released by the leading body in transgender health care, saying it has fallen victim to the politicization of gender-affirming care for youth.

The World Professional Association for Transgender Health, or WPATH, a nonprofit professional association devoted to transgender health, will release its Standards of Care Version 8 in July. The last time the standards were updated was in 2012.

The nearly 400-page guidelines, which the association’s president, Walter Bouman, described in an emailed statement as “the most comprehensive set” of guidance ever produced for health care providers who support transgender people, include many significant changes, according to a copy of the guidelines that WPATH shared with NBC News.

The change that is drawing the most criticism is a new chapter dedicated to adolescent care, which was previously part of the chapter on care for children. The chapter presents conflicting statements on support for adolescents: It gives credence to the claim that more young people might be coming out as trans due to “social influence.” It also notes that there’s limited longitudinal research on the effects of gender-affirming care for adolescents, but a growing body of recent studies show it’s beneficial enough that withholding care would be unethical.

Trans young people who are directly affected by this debate say they feel like many of the adults involved don’t know anything about their lives.

“You shouldn’t be making these decisions if you don’t know the ‘problem’ at hand, because it’s not really a problem. They’re making it a problem,” Daniel Trujillo, a 14-year-old transgender boy living in Arizona, said during a phone interview that included this mother, Lizette Trujillo.

‘Trans childhood is not a trend’

WPATH will make a number of changes to its recommendations for adolescent care in the new chapter. The group will lower the minimum recommended age that providers can prescribe hormone therapy to 14, from 16, if an adolescent has parental consent and meets a list of other criteria, including undergoing a comprehensive evaluation regarding their gender identity.

The association will also lower the minimum recommended age for some surgeries such as chest masculinization and breast augmentation to 15 and 16, respectively, down from 18 in the previous guidelines.

WPATH’s new chapter on adolescence also states that there has been a “sharp increase in the number of adolescents requesting gender care,” and that anecdotal evidence from a small percentage of people who have changed their minds about being transgender shows that some young people might believe they are trans due to “social influence.”

Advocates say that language is evidence that WPATH has been influenced by the culture war debate created by some Republicans over the last few years, and it ignores the lived realities of transgender youths themselves.

“We know trans childhood is not a trend,” said Dallas Ducar, a psychiatric nurse practitioner and co-founder and CEO of Transhealth Northampton, a trans-led organization that provides health care to trans and gender diverse patients in western Massachusetts. “We know that gender diversity is part of the human experience. It’s been documented since the Neolithic period and the Bronze Age.”

As the new WPATH guidelines were being developed, three states — Alabama, Arkansas and Tennessee — enacted measures that bar or restrict gender-affirming medical care, such as puberty blockers and hormone therapy, for minors, and dozens more considered similar measures.

WPATH did not immediately respond to a request for comment regarding criticism of the adolescent chapter.

Ducar added that painting transness as a “social contagion” propagates “this myth of ‘grooming’ that the right wing has really been spreading,” even though there’s no data to support it.

It’s also frustrating to young trans people who are often left out of the debate over their own care.

“I feel enraged and angry, and I’m annoyed,” a 12-year-old trans girl from Texas said in a phone interview, referring to discussions about a “social contagion.” Her mother, who was present for the call, requested anonymity to protect their privacy and because of recent state investigations into the parents of transgender youths.

“I feel kind of uncomfortable, scared and weirded out all at the same time,” the girl said.

She said gender-affirming care has “made me feel more like who I actually am,” though it hasn’t always been easy for her to access. Recently, due to Texas’ investigations into the parents of transgender minors, her family has started flying to California so she can get care.

Lizette Trujillo, the mom of the trans boy in Arizona, said barriers to care like travel and money are often glossed over by the few medical professionals who are worried about the rise in young people coming out as trans or nonbinary.

Those concerns ignore how systemic racism and other structural issues create barriers to care for trans youth of color, she said. Instead, worry about adolescents being rushed into care are centered on those “who are predominantly white and have access to money and care,” she said.

Trujillo and Daniel said the idea that more youth are coming out as trans because it’s “cool” or due to influence from peers so doesn’t represent the reality of what it’s like to be a trans kid.

“I think that this idea that it’s a popular thing, it really is dismissive of the experience of trans kids and the harassment that they experience or the bullying,” Trujillo said. She added that even prior to her son coming out, his friends would ask her, “Why does he say he’s a boy?”

Daniel said that after he socially transitioned and changed his name, pronouns and cut his hair differently, his fourth grade classmates would ask him inappropriate questions, like “Did you have the surgery?” upon his return to school after having the flu, for example. He had to retake fourth grade because of his dysphoria, which he said made it hard for him to focus in class. Once he began puberty blockers, he said his dysphoria lessened, and he started performing better.

“I am like 100% proof that all of these work — having supportive parents, school, affirming medical care — all those things work,” Daniel said. “I feel like without those things, it would have been way different.”

Annaliese Cothron, a WPATH board member and member of USPATH, the US chapter, who runs a public health nonprofit, said she knows transgender researchers who were involved in the drafting of the guidelines who were ignored or told they were biased because they’re trans .

“A lot of people had so many concerns about the SOC8 guidelines, because they were based on the opinions, quite frankly, not on the evidence, but on the anecdotal opinions of researchers who are cisgender,” she said.

The need for better research

Allowing adolescents to access treatments worries some advocates who say there isn’t enough research to ensure that the care is safe in the long term.

“The body of evidence to support (hormone replacement therapy) or surgery for anybody, really, but especially for people who are young, it’s extremely flimsy,” said Corinna Cohn, who had gender-affirming surgery when she was 19 and felt afterward that she was “never going to finish becoming myself.”

Cohn, now 47, tested in favor of an Ohio bill in May that would’ve barred gender-affirming medical care for minors and would have also prohibited medical professionals from referring a minor to a different doctor for such care. She said she supported the bill because it would have given people who received transition care as minors the ability to sue their doctors if they regretted the procedure as adults and believed they weren’t mentally sound enough to consent to treatment.

She said puberty blockers and hormones have been prescribed to cisgender children and cisgender adults for decades, and the scientific research in those populations has shown that the treatments are safe.

WPATH’s new standards of care come to a similar conclusion in that regard. Under a subhead about medical and human rights perspectives on adolescent care, WPATH states that “allowing irreversible puberty to progress in adolescents who experience gender incongruence is not a neutral act given that it may have immediate and lifelong harmful effects for the transgender young person.”

There’s also a growing body of evidence that suggests there are mental health benefits to early care access, and low rates of regret or detransition among adults. A study published in May found that transgender children are unlikely to “detransition,” or come to identify with their birth sex, five years after their transition.

Remington Johnson, a nurse and co-director of a think tank at the Center for Health Communication at the University of Texas at Austin, said gender-affirming care is like other complex health decisions, but there is a double-standard for it because it’s for transgender people.

“There’s all sorts of things that we do in health care without perfect certainty,” she said. “This is the norm in health care, not the exception.”

She said there are other treatments that are more divisive in the medical community that aren’t facing the same criticism as trans care. For example, she said medical professionals are split on whether to prescribe antipsychotics, mood stabilizers and antidepressants to people under 18, because they have significant side effects.

“It’s not making it into the news because it’s not about gender,” she said.

Ducar said the underlying question asked by the WPATH standards of care is whether youth who are seeking care are “trans enough.”

“That form of care really results in dehumanizing trans people,” she said. “It also depends on this myth that trans care is too readily available, or there’s too much access to care when we just know that that’s not the case. We know that a lot of trans folks just lack basic care.”