What to know about polio vaccines, symptoms and more 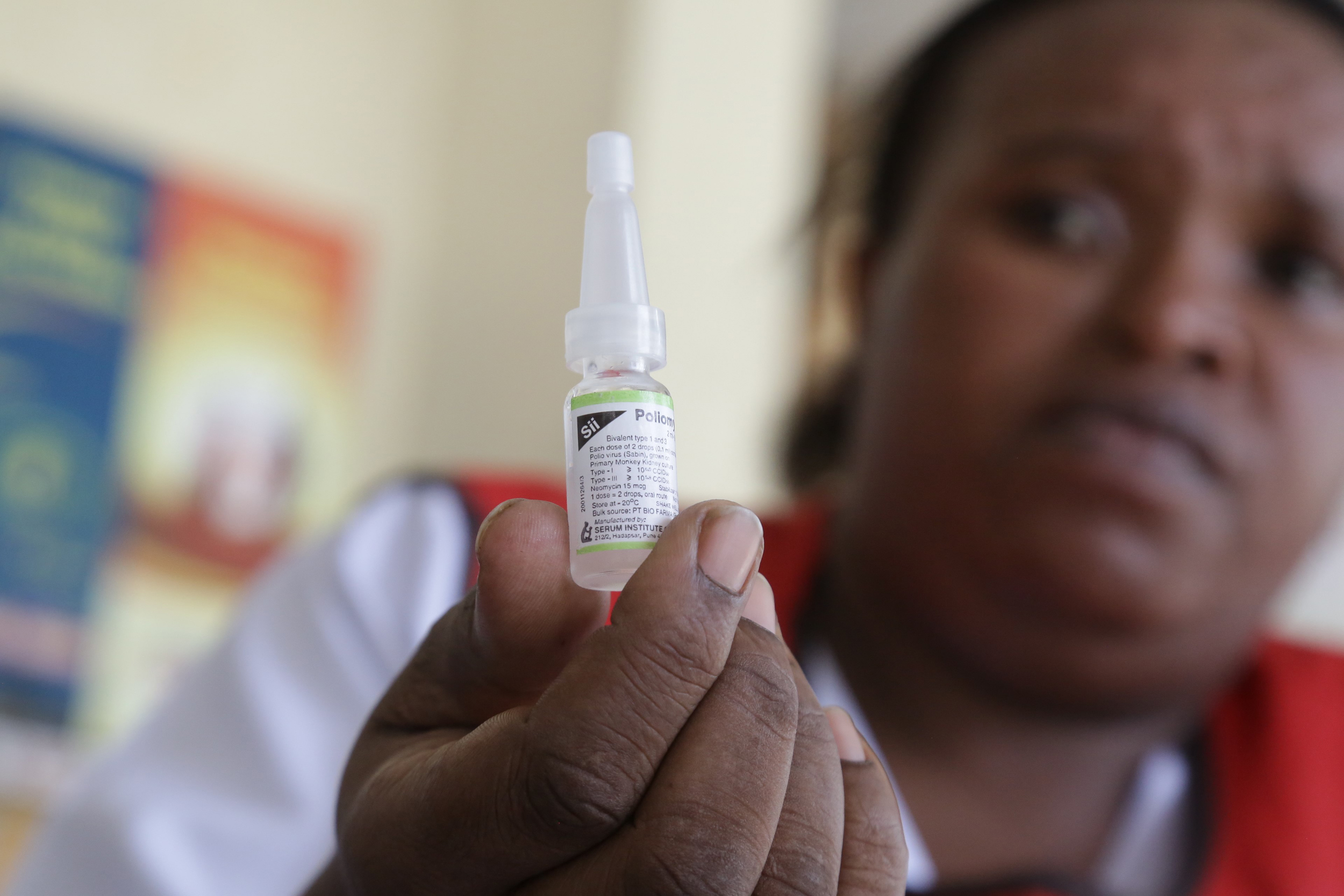 The New York State Health Department warned Thursday of the “potential community spread” of polio after a paralysis case was detected in an unvaccinated young adult last month.

Paralysis cases of polio are rare, representing around 1 in 200 infections according to the World Health Organization, thus detecting a single case suggests the presence of many more. New York’s health department also detected polio in wastewater samples from two different counties, Orange and Rockland, in both June and July — another sign of community transmission.

“Based on earlier polio outbreaks, New Yorkers should know that for every one case of paralytic polio observed, there may be hundreds of other people infected,” New York State Health Commissioner Dr. Mary Basset said Thursday in a statement.

“Coupled with the latest wastewater findings, the Department is treating the single case of polio as just the tip of the iceberg of much greater potential spread,” she added.

The health department recommends that any New Yorkers who haven’t received polio vaccines, including infants and pregnant people, get vaccinated right away.

Here’s how polio spreads and how well vaccines protect against the disease.

Polio is a highly infectious disease caused by the poliovirus. The disease was eradicated in the US in 1979, and the country hasn’t seen a case of domestically acquired wild polio since. The recent New York patient was infected with vaccine-derived polio, a strain linked to live virus from an oral polio vaccine not administered in the US It marks the first US of vaccine-derived polio since 2013.

“[For] public health people everywhere, like myself, this just makes us want to cry,” said Lynelle Phillips, an assistant teaching professor at the University of Missouri School of Health Professions and board president of the Missouri Immunization Coalition.

“Hopefully this is just an aberrant situation and we can get it under control,” she said. “But my heart breaks for that person that has flaccid paralysis from a totally preventable disease.”

Around 72% of people infected with polio have no visible symptoms, according to the Centers for Disease Control and Prevention. Another 25% may develop flulike symptoms such as sore throat, fatigue, fever, nausea, headache or stomach pain, which tends to resolve after a few days.

In rare cases, the virus can invade the nervous system and cause meningitis (swelling of the brain and spinal cord membranes), paresthesia (the feeling of pins and needles in the legs), or irreversible paralysis, usually on one side of the body.

“It’s a double-humped disease. It starts off with a minor illness, with cold-like symptoms, sore throat, things like that. Then the patient usually gets better for a day or so and the paralysis sets in,” said Walter Orenstein, associate director of the Emory Vaccine Center.

People with paralysis often lose the ability to move an arm or leg, he said.

Between 2% and 10% of cases of paralytic polio are fatal, since the virus can destroy the nerves that control breathing.

How does polio spread?

Polio spreads primarily through contact with the feces of an infected person, though in rare cases people can pass the virus through droplets from coughs or sneezes.

“In general, people don’t have good hand hygiene and that’s how it spreads from person to person,” said Vincent Racaniello, a microbiology and immunology professor at Columbia University.

People with asymptomatic or mild cases are the primary drivers of transmission, he said, since they’re most likely to engage in social interactions and their cases are more common overall. But anyone with polio can shed the virus and potentially be contagious.

Racaniello said it’s likely that the poliovirus has been circulating in US wastewater for some time, even if no cases have been detected.

“I think this virus has been in our sewers for many, many years,” he said.

However, since the US sanitizes and chlorinates its water systems, people are more likely to be exposed at home or in high-risk congregational settings such as prisons or nursing homes, Phillips said.

How well do polio vaccines work?

The US offers a four-dose series of an inactivated poliovirus vaccine. The CDC recommends that people receive their first dose at 2 months old, followed by single doses at 4 months and between 6 and 18 months old, plus a booster dose between 4 and 6 years old.

The vaccine is not federally mandated, but all 50 states and the District of Columbia require it for students entering kindergarten.

As of 2019, nearly 93% of US children had received three or more doses of the polio vaccine by age 2, according to the CDC. Vaccination rates in Rockland County and Orange County in New York are far lower: around 60% among that same age group.

“We rarely see a problem except in communities that are undervaccinated,” Racaniello said. “For the general population, if you’re vaccinated, I don’t think it’s as a concern for you.”

According to the CDC, 99% of children who get the recommended polio doses are protected against disease, but protection takes weeks to build up. Racaniello estimated that people have 50% to 60% protection two weeks after receiving the first dose. The second dose should increase that protection to 90%, followed by 99% after three doses, experts said.

Racaniello said the vaccine is meant to keep people from getting sick rather than prevent the virus from entering our cells. But Orenstein said vaccines may still stave off some infections and help lower transmission.

Vaccinated people should be protected for life, though the New York State Health Department said Thursday that vaccinated adults who are at increased risk of exposure to polio can receive a booster dose.

“The prevailing idea has always been that vaccine immunity is lifetime,” Racaniello said. “I got my polio vaccine in the 60s and I think I’m still protected.”

However, Phillips said it’s hard to know how strong vaccine protection remains over time, since the US hasn’t observed many polio cases in recent decades.

“We couldn’t really test whether it’s lifelong immunity because we didn’t have any polio around,” she said. “Unfortunately, we have the opportunity to test that now.”