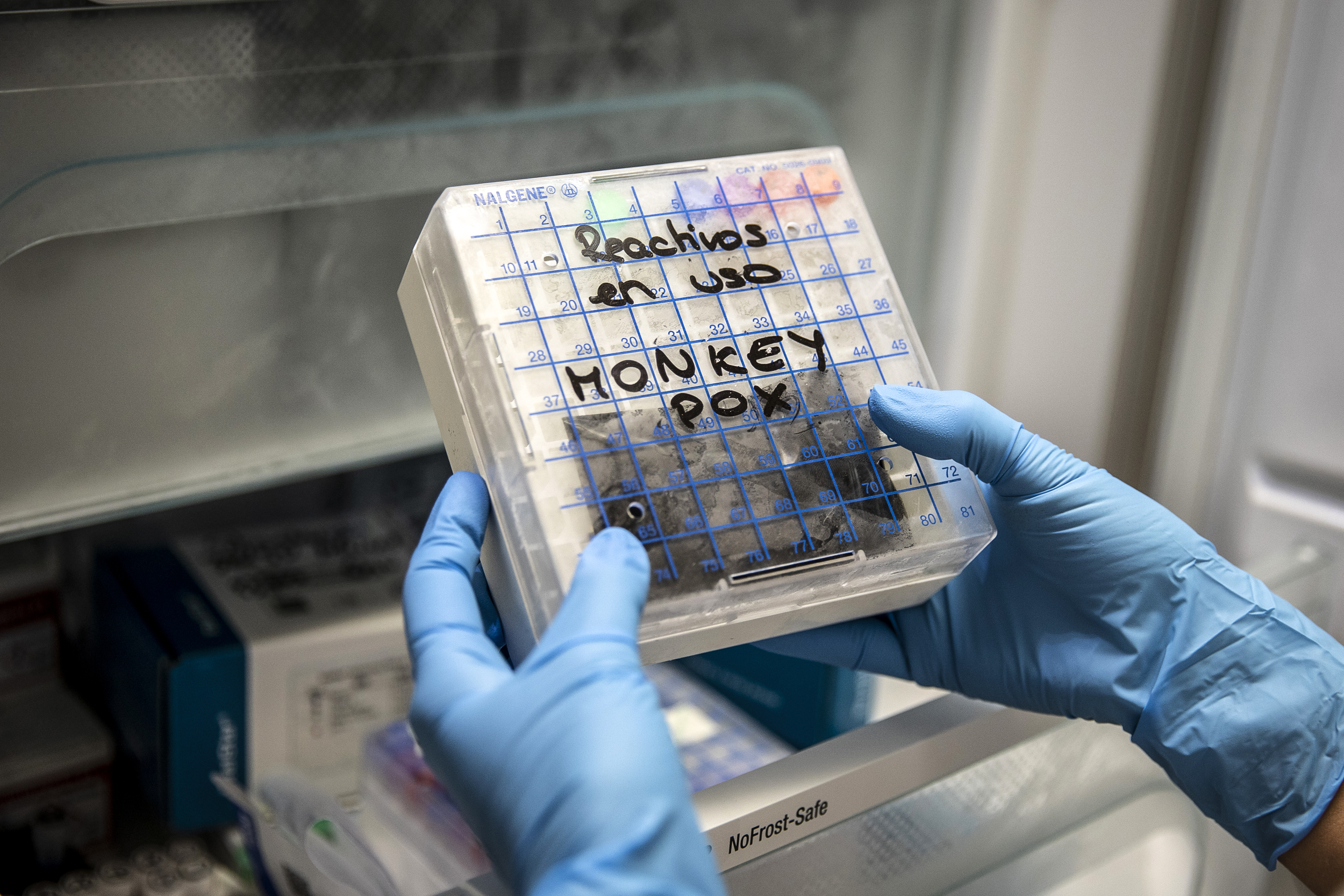 “The risk of monkeypox becoming established in non-endemic countries is real,” he said at a briefing in Geneva.

Since the start of May, the WHO has confirmed more than 1,000 monkeypox cases across 29 countries outside West and Central Africa, where the virus is endemic.

If outbreaks aren’t contained and the virus does gain a foothold in new regions, it could simmer infinitely at low levels. It’s also possible cases would rise to epidemic proportions in some places, meaning large numbers of people would get sick in a short time frame.

“As you keep moving forward into the future and more and more individuals become infected, you do start to worry,” said Amira Albert Roess, a professor of global health and epidemiology at George Mason University. “Is this going to become something that is just going to keep on moving from person to person and then we will not be able to control it?”

Multiple epidemics around the world would constitute a pandemic. But experts aren’t betting on that outcome — WHO leaders and disease experts agree it’s not too late to reverse the trend.

“There’s still a window of opportunity to prevent the onward spread of monkeypox in those at highest risk right now,” Dr. Rosamund Lewis, the WHO’s technical lead on monkeypox, said at the briefing.

Two smallpox vaccines — both approved by the Food and Drug Administration — may be key to the prevention effort. The US government’s preferred shotcalled Jynneos, is specifically approved for use against monkeypox.

“This is one of the rare diseases in which you can vaccinate somebody after they’ve been infected, before they have symptoms, and block the disease,” said Eric Toner, a senior scholar at the Johns Hopkins Center for Health Security.

“We would have to really screw things up not to be able to contain this,” he added.

Historically, monkeypox hasn’t passed easily from person to person. The largest outbreak in the Western Hemisphere before now was a cluster of 47 US monkeypox cases in 2003. But there was no documented person-to-person transmission that time; everyone infected had been in contact with sick prairie dogs.

In the current outbreak, the primary driver of transmission seems to be skin-to-skin contact between people, often involving exposure to infected people’s rashes or lesions.

“Right now we’re more at risk for the virus maybe becoming endemic due to ongoing human-to-human transmission and our inability to stop the transmission cycle,” Roess said.

Several factors are involved in that cycle. For one, some monkeypox cases are hard to identify. Patients develop rashes that can be confused with chickenpox, syphilis or herpes, but in some cases it may be limited to the genital area, making it harder to detect.

Second, disease experts worry that the US isn’t processing tests quickly enough to identify new cases in a timely manner.

“It still does take a few days from the time someone is identified to the time that we can confirm their diagnosis,” Roess said.

dr Stuart Isaacs, an associate professor of medicine at the University of Pennsylvania, said the virus could have “epidemic potential” in the US — meaning there would be a major surge in cases — if a single infected person spread monkeypox to more than one other person on average. That hasn’t been the case in the past, and the US has recorded fewer than 40 cases thus far.

“We’re still too early to really say definitely that this [outbreak] isn’t going to explode, although the likelihood is still very low,” Isaacs said.

“The reason this is endemic in Africa is there’s animal reservoirs,” he added. “The virus is propagating and spreading among animals, and then it jumps into humans or nonhuman primates every now and then.”

Debates about declaring monkeypox a pandemic

In the past, Roess said, countries outside Africa quickly halted monkeypox outbreaks through testing and contact tracing, but the current outbreak is unprecedentedly large and widespread.

Experts don’t yet know whether its scale is a clue that monkeypox has evolved to get better at human-to-human transmission or whether countries are simply uncovering the extent of an outbreak that went undetected for some time.

Already, the monkeypox outbreak may meet the formal definition of a pandemic: The virus is spreading from person to person in at least two countries, and there are community-level outbreaks in several parts of the world.

“But generally, when we talk about pandemics, we talk about diseases in which everyone is significantly at risk in every country or almost every country,” Toner said. “So far, this has not reached that threshold, and I don’t think it ever will.”

Roess said the fact that the Covid-19 pandemic isn’t over likely makes global health leaders wary of an emergency declaration.

“There’s a lot of hesitation to declare this a pandemic,” she said.

A reason for optimism, however, is that this version of monkeypox isn’t usually life-threatening. Although monkeypox rashes can be painful and cause scarring, experts said, doctors know how to treat them with smallpox antivirals and supportive care. No deaths have been reported in non-endemic countries thus far.

“We should be raising alarms and studying this and understanding this,” Isaacs said. “But we’re not at a panic stage yet.”