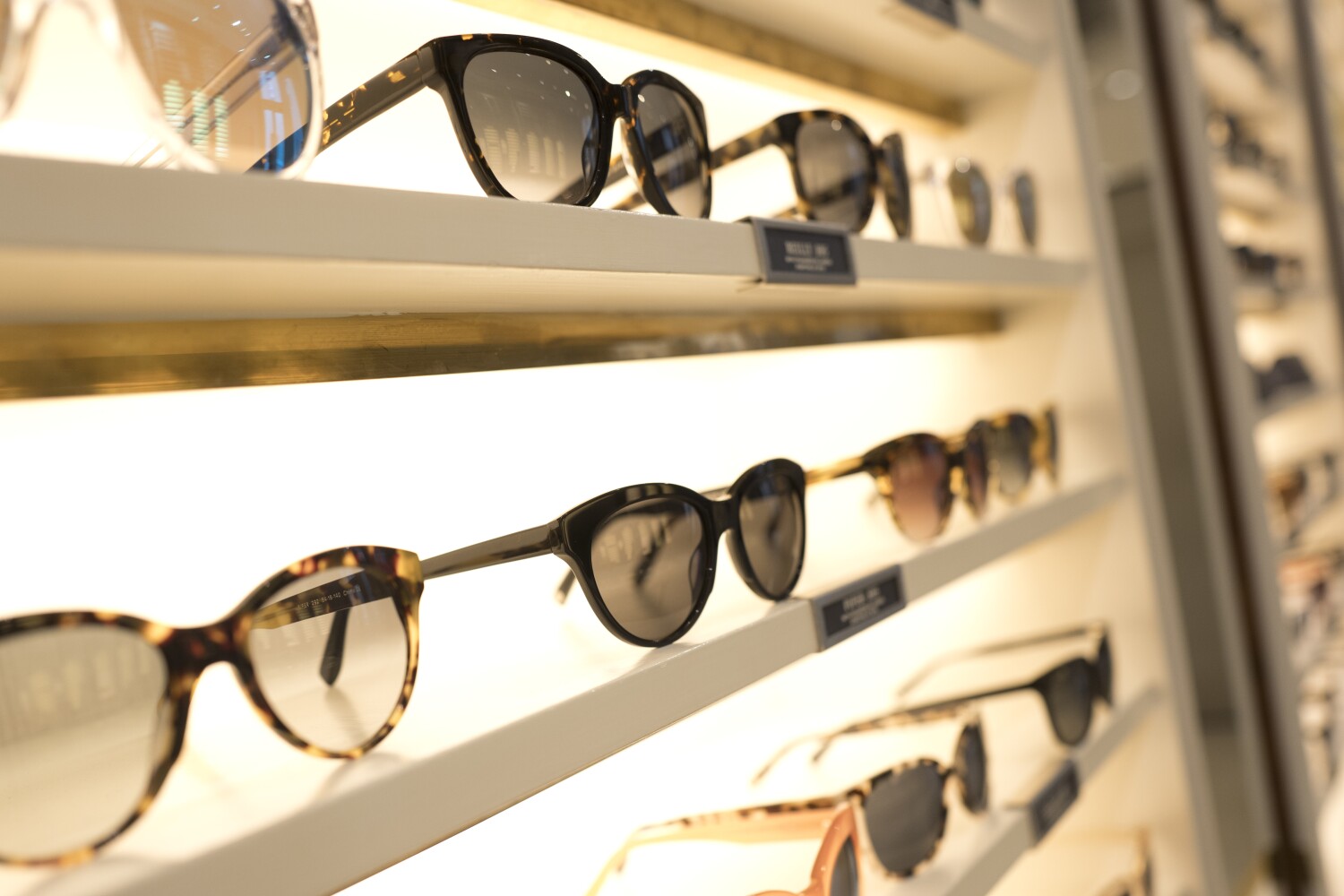 The outlook for 2022 and beyond is increasingly blurry.

By that I mean global sales of eyewear and other vision products will top $209 billion over the next five years, according to a recent forecast by market researcher Imarc Group.

That’s up from $140 billion last year and reflects in part “the increasing usage of electronic devices or gadgets.” Which is to say, pandemic binge-watching and our growing habit of staring at small screens are ruining our eyes.

And yet, despite increasing disruption by a new breed of online optical companies, eyewear prices are still exorbitantly high — with markups in some cases approaching 1,000% — and remain one of the most egregious examples of an industry taking advantage of consumers.

“Prescription glasses are obscenely expensive and there should be more transparency in pricing,” said Jenn Engstrom, state director of the California Public Interest Research Group (and, like many of us, a glasses wearer).

“We know who our optometrist is, and maybe even the manufacturer of the frames,” she told me. “But what about the lenses? The lenses are often more expensive than the exam or the frames, but we know little about where they come from or how they’re priced.”

I recently had my annual eye exam, required a stronger prescription and found myself once again poking around the eyewear industry. The last time I did so was several years ago, after a colleague griped about his new specs costing about $800.

At the time, it was estimated that about 126 million US adults wore glasses. The Vision Council, a trade group, now puts that figure at 165.5 million (thanks, cellphones!).

My previous digging into this unusually secretive business turned up some troublesome findings. Perhaps the most remarkable insights came from E. Dean Butler, the founder of LensCrafters, who now works as an independent industry consultant.

He told me about touring Chinese factories that produce frames and lenses for the US market under a wide variety of brands.

“You can get amazingly good frames, with a Warby Parker level of quality, for $4 to $8,” Butler said. “For $15, you can get designer-quality frames, like what you’d get from Prada.”

As for lenses, “you can buy absolutely first-quality lenses for $1.25 apiece.”

Think about that when you shell out hundreds of dollars for new glasses, as I recently had to do, even with the miserly discount programs that pass for “vision coverage” in this country.

My latest dip into the glasses pool showed me it’s still a complete rip-off, but there’ve been some incremental improvements since the last time I purchased eyewear.

The rise of online optical shops is placing downward pressure on prices. Cut-rate outlets such as Zenni Optical and GlassesUSA.com offer decent frames and lenses for a fraction of what you might pay at a brick-and-mortar store.

According to the Vision Council, most people pay an average of $126.47 for frames. I found a nice pair of Ray-Bans at a Los Angeles optometrist’s shop that retailed for $207 but, with my employer-sponsored EyeMed vision plan, cost me $63.

I require progressive lenses with prisms and antiglare coating. I also wanted photochromic lenses that would darken in sunlight. They retailed for $615. With my vision plan, the lenses cost $382.

Even fancy-schmancy lenses like these can run only a few bucks to manufacture. In any case, their production doesn’t cost anywhere close to hundreds of dollars.

I reconnected the other day with Butler, the LensCrafters founder, and shared my recent shopping experience with him. I asked how much he reckoned my new frames and lenses actually cost to produce.

Butler said his estimate didn’t include labor and other overhead costs. So, OK, let’s double his $25 manufacturing estimate. Heck, let’s triple it.

I asked Butler if he still felt glasses were a complete rip-off. “My statement of a few years ago still stands,” he answered.

And that’s not even the worst of it. What really sizzles my bacon is that I was paying rates set by a company that so overwhelmingly dominates the optical market, it acts with near-monopoly power.

That company is EssilorLuxottica. Even if you’re unfamiliar with it, you know the frame brands this behemoth either owns or controls, including Armani, Brooks Bros., Burberry, Chanel, Coach, Oakley, Oliver Peoples, Polo and, yes, Ray-Ban.

EssilorLuxottica is also the largest manufacturer and distributor of lenses, controlling leading brands such as Varilux, Crizal, Eyezen, Foster Grant and, yup, the Transitions lenses for my Ray-Ban frames.

And because Paris-based EssilorLuxottica also owns the EyeMed vision plan — my vision plan — it has enormous influence over independent optical shops. Its reach extends to virtually every aspect of the eyewear market.

No one at the company responded to my questions. The FTC declined to comment.

In the meantime, here are some tips for saving money on eyewear:

Finally, there needs to be recognition that prescription eyewear is healthcare. That means lenses, if not frames, should be covered by health insurance.

A fair, honest market would reflect this.