Don’t try to reach this robocaller. It won’t answer the phone 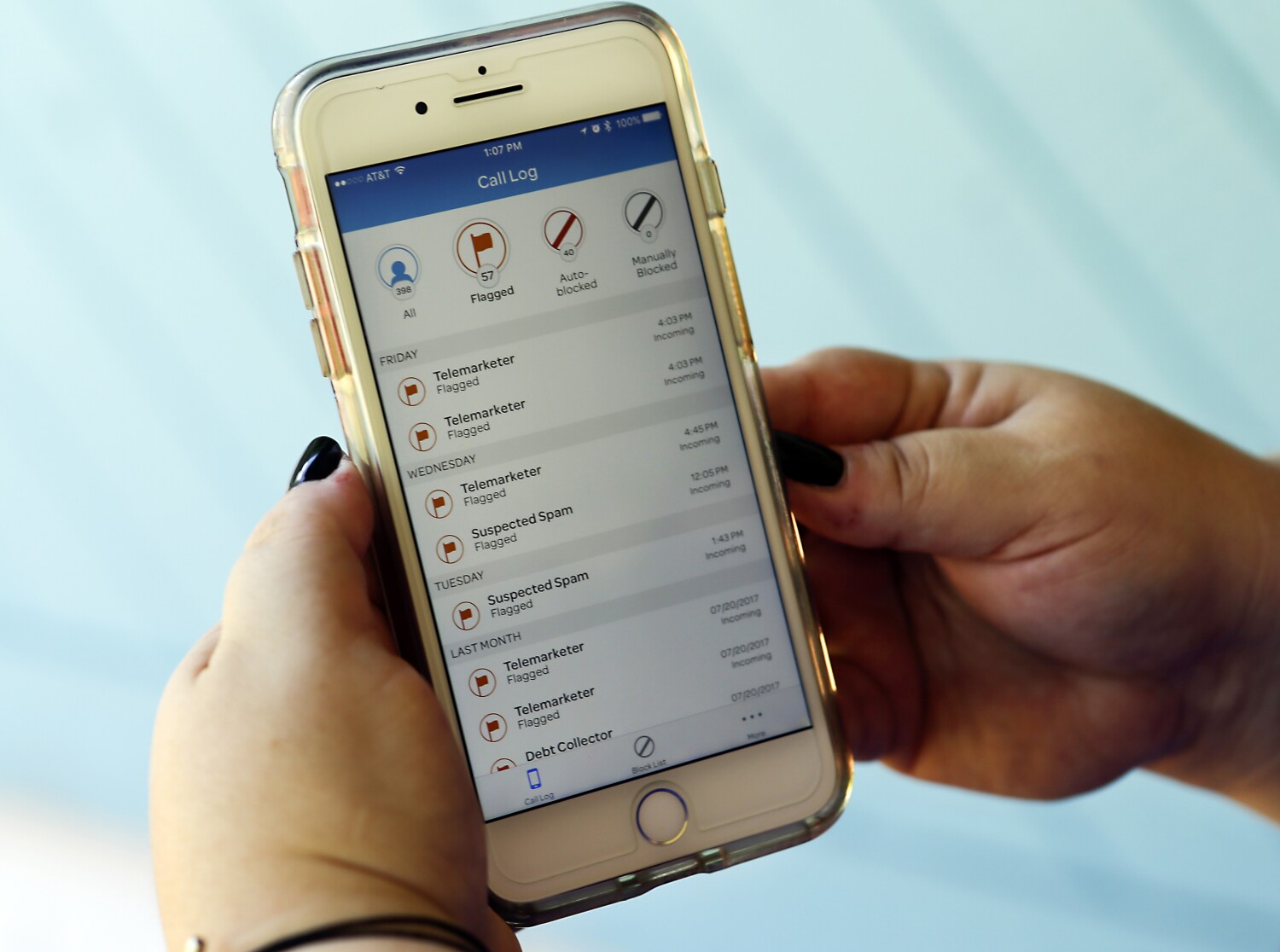 Almost all American adults — 97% — own a cellphone, according to the wireless industry. There are roughly 470 million mobile devices now in use.

And yet we still can’t get our hands on the chronic problem of spam calls from telemarketers.

If anything, the problem is growing worse as these companies keep coming up with sneaky new ways to get past the defenses of wireless service providers and customers.

Just ask Terry Feigenbaum, who contacted me the other day to express his exasperation with a company named Quantum 3 Media, which he said calls his iPhone every day, sometimes as many as eight times a day.

“I get other spam calls, but I’ve never had anyone come after me like this,” the Cheviot Hills resident said.

“Every time they call, I block the number,” he told me. “But they just call again from a different number. They seem to have an unlimited supply.”

Feigenbaum’s experience won’t be a shock to other cellphone users, which, as noted above, is you, me and pretty much everyone.

I get spam calls almost every day from businesses trying to sell me a new car warranty, not to mention robocalls in Chinese that arrive far too frequently to be wrong numbers.

You or someone you know is undoubtedly familiar with the more common phone scams that refuse to die — the phony calls from the Social Security Administration or Internal Revenue Service, the fake calls from Amazon or Microsoft.

Americans received about 4.1 billion robocalls last month alone, according to the latest figures from Irvine’s YouMail, a robocall-blocking app. That translates to more than 137 million robocalls a day, or roughly 1,600 per second.

Seven robocalls a month? Heck, I get at least that many every week. You probably do too.

But I’d never heard of Quantum 3 Media until Feigenbaum, 84, a retired optometrist, asked me to look into these guys.

I did And everything about the North Carolina company illustrates why spam calls are so pervasive — and so difficult to stop.

Quantum 3 Media is what’s known as a lead generator for life and health insurance companies. That is, it pesters potential customers on insurers’ behalf.

“Q3M delivers qualified prospects and sales for the top insurance brands and agencies,” the company says on its site.

“Combining data science and predictive analytics with a diverse set of important lead generation affiliates has translated into exclusive and unique opportunities.”

Quantum 3 Media’s site lists a who’s who of prominent insurers as its “partners,” including Anthem Blue Cross, Cigna, Aetna, Humana and Mutual of Omaha.

Yet everything about this company doesn’t pass the smell test.

First off, don’t bother trying to call. I tried the company’s number multiple times. In every case, I got a recording saying the mailbox is full and you can’t leave a message.

Contacting Quantum 3 Media through its website looks risky, to say the least. You’re instructed to provide your name, phone number and email address, and to select one of only two reasons for making contact — “marketing information” or “employment information.”

That’s it. You can’t send a message or convey a request. All you can do is serve up your contact info, which, needless to say, is not something you want to do with a telemarketer.

I tracked down an email address for the company’s chief executive, Joshua Jagid. He didn’t respond.

None of this is a great look for a telecommunications company that specializes in, you know, getting in touch with people.

The internet is dripping with consumer complaints about Quantum 3 Media.

“I’ve been getting phone calls at a rate of 6 to 10 per day from these spammers,” says a Complaint posted last month on the site of the Better Business Bureau, which gives Quantum a grade of F.

Feigenbaum’s experience is the same. He told me he started receiving calls from Quantum about two months ago and they haven’t let up.

“I’d love to answer them and give them a piece of my mind,” he said. “But I’m afraid to anger them.”

Feigenbaum is a T-Mobile customer and uses the wireless company’s free tools for blocking spam calls. Unfortunately, he said the filter fails to stop most Quantum calls from getting through, probably because they keep coming from different numbers.

No one at T-Mobile responded to my request for comment.

The wireless industry is focusing its spam-fighting efforts on a system called “Shaken/Stir” (and, yes, the techno-geeks behind the program say the James Bond reference was deliberate).

However, industry experts say it will take years for Shaken/Stir to make a dent in the volume of spam calls out there — if at all.

Robocallers are smart, experts say. No matter what we throw in their path, they keep coming up with inventive ways to get through.

“There are no silver bullets,” said Jim McEachern, principal technologist at the Alliance for Telecommunications Industry Solutions, a trade group spearheading Shaken/Stir implementation. “All we can do is try to reduce it like we reduce email scams.”

That’s the thing, though. By some estimates, nearly 85% of all email is spam. Most doesn’t make it to our inboxes thanks to aggressive filtering by internet service providers.

For spam calls to be similarly fenced off, experts tell me, wireless companies would have to police their networks much more diligently and invest millions of dollars in new technological resources.

That’s not happening. If anything, the slow rollout of Shaken/Stir shows that many service providers had to be dragged kicking and screaming by the Federal Communications Commission to do something.

Solutions are out there — if the wireless industry is willing to invest in protecting customers from harassment.

In the meantime, it’s easy pickings for companies such as Quantum 3 Media.