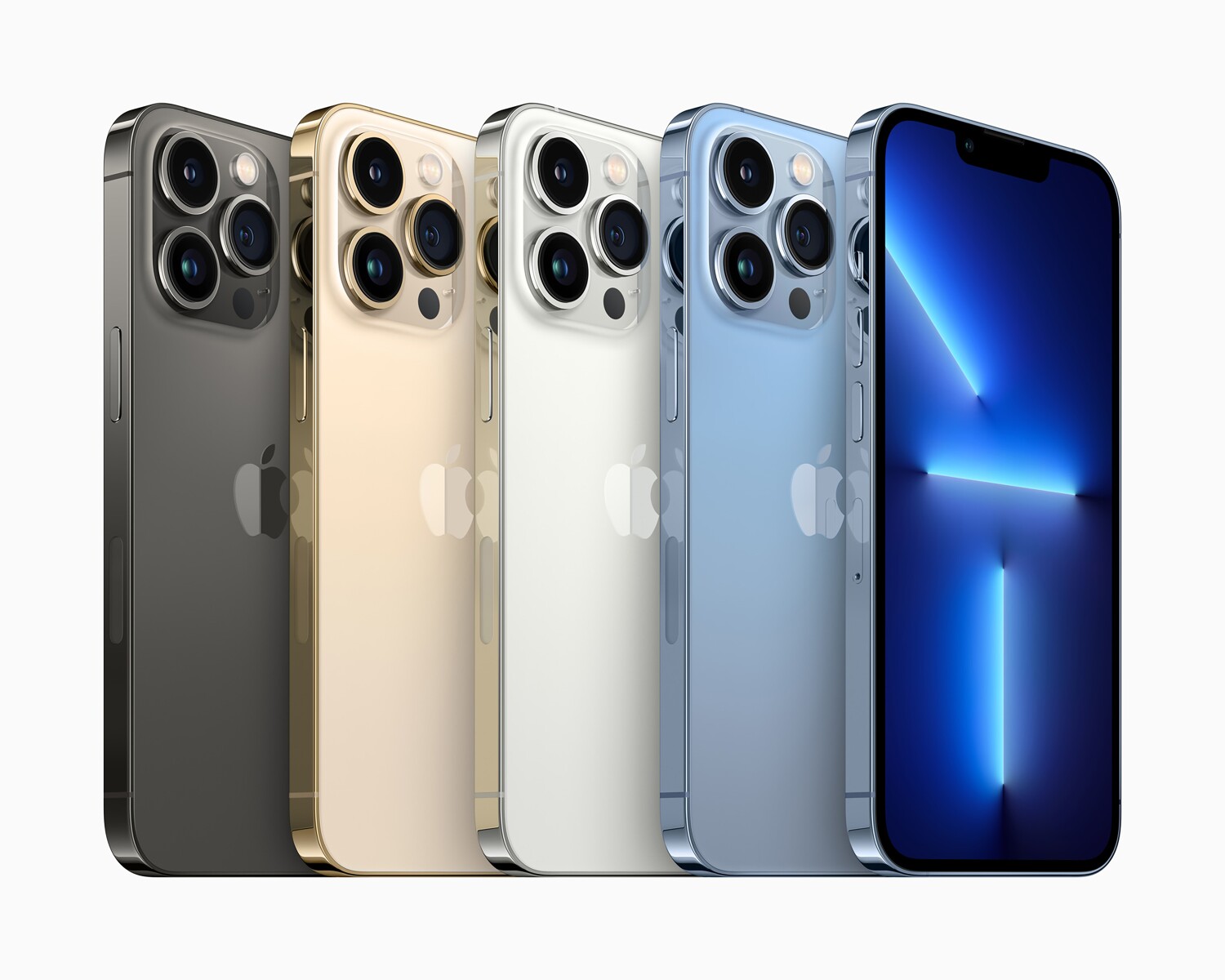 Consumers and tech nerds have become accustomed to obsessing on every new product release from Apple. But this week the company made an announcement that may have a bigger impact on owners of its iPhones and other devices than another sleek gadget.

For the first time since the company became a mass merchandiser — let’s say since 1984 — Apple will allow consumers to perform the most common repairs on its devices, namely iPhone screen and battery replacements.

The change in the company’s long-standing policy of forcing its device owners to go through its network of authorized repair shops or through the company itself sent shock waves through the right-to-repair community, which has fixed on Apple as its most influential foe .

They could make this very useful, or not useful.

“It’s incredibly significant as a reversal of its policy,” says Nathan Proctor, director of the right-to-repair campaign at the US Public Interest Research Group. “It’s more evidence that right to repair can change the direction of these big companies.”

Apple has been in the crosshairs of right-to-repair campaigners for several reasons. One is that its products — not only iPhones but also iPads and Mac computers — have been designed in ways that seem deliberately to discourage consumer repairs; its laptops are assembled with screws requiring special screwdrivers and come with parts such as memory cards and batteries glued in place in ways that make them hard to remove without damaging other parts.

The company has kept a vise grip on third-party repair shops by limiting access to parts, tools and diagnostic software to authorized technicians specially certified by the company. Though it broadened some access to independent repair providers in 2019, it did so under terms that many found burdensome.

Device owners who tried to replace easily accessible parts, such as cracked screens, even with parts cannibalized from other Apple products, found that they weren’t fully functional, thanks to Apple software that detected the replacements.

Apple’s announcement Wednesday introduced what it called Self Service Repair, which will give consumers access to Apple parts and tools. The program will start early next year with display, battery and camera modules for the iPhone 12 and iPhone 13, the latest models, and broaden through the year to Mac computers with the company’s homegrown M1 chip.

Perhaps more important, the company made a rhetorical commitment to “designing products for durability, longevity, and increased repairability.”

That said, Apple’s program has what Proctor called some “concerning limitations.” It doesn’t appear that consumers will have true latitude to perform their own repairs, even of the parts Apple mentioned — they’ll have to order new parts from the company.

Apple cautions that its self-service program is aimed at “customers who are comfortable with completing their own repairs” and “who are capable of performing repairs themselves,” but it’s really directed at independent technicians “with the knowledge and experience to repair electronic devices .”

The company continues to advise laypersons to bring their damaged devices to authorized repair shops; at least at this point, they won’t be able to simply unlatch the back of an iPhone and swap in a new battery, as can be done with some other phone brands.

Nor has the company released many details of pricing and terms for repair items. “They could make this very useful, or not useful,” Gay Gordon-Byrne, executive director of the Repair Assn., a leading lobby group for the right-to-repair, told me. The company’s commitment to making its products more “repairable” is also murky. “Does this go far enough? Absolutely not — there are things they’ve made very difficult to do that are still part of the design.”

To the extent Apple has executed an about-face, it is best understood as its effort to jump in front of a parade. The right to repair is not merely about consumer freedom and expense, but has environmental implications as well.

The Environmental Protection Agency calculated that 129 million mobile devices were thrown away in 2009, and only 12 million recycled. That suggested that in California alone, consumers have been tossing out some 43,000 used cellphones a day.

It’s a safe bet that the number of discards and the gap between those and recycled products have only increased since then. Discarded phones pile up in landfills, where their hazardous components — which could be recaptured through recycling — poison the environment. Easier repairs would increase the life cycle of smartphones beyond today’s standard of two years or so.

Apple may be concerned about a shareholder resolution filed for its next annual meeting asking management to reevaluate its repair policies on environmental grounds.

Pressure is mounting for right-to-repair legislation in several states; bills have been passed in one house of the New York and Massachusetts legislatures and will be reintroduced to push them across the finish line.

Only three states have any right-to-repair measures on the books: California requires makers of warranted products to provide service literature and repair parts to service shops for up to seven years from a product’s manufacture; Indiana mandates the same for audio and visual entertainment products costing more than $50; and Rhode Island does so for at least four years and covers all new consumer products, regardless of the product’s cost and even if no warranty applies.

In a July executive orderPresident Biden directed the Federal Trade Commission to consider “rules against anticompetitive restrictions on using independent repair shops or doing [do-it-yourself] repairs of your own devices and equipment.”

In May, as it happens, the FTC issued a report listing its options for promoting the right to repair. These include “rulemaking to declare certain types of repair restrictions illegal” and stepping up enforcement of the Magnuson-Moss Warranty Act of 1975.

This federal statute prohibits manufacturers from conditioning warranties on the use of brand-name parts or services unless the manufacturer provides them for free or receives a specific exemption from the FTC.

A carmaker can’t void a warranty just because an owner goes to an independent repair shop for scheduled maintenance. The MMWA is commonly floated, however, the FTC said.

The commission’s enforcement of the law has been spotty, at best. In 2018, it issued warning letters to six companies — Sony, Microsoft, Nintendo, Hyundai, ASUSTek Computer and HTC — citing their threats to void warranties if their products’ warranty seals were broken or unauthorized parts, accessories or technicians were used. These violated the MMWA, the FTC warned. But the commission hasn’t taken any such high-profile actions since then.

Right-to-repair advocates hope that Apple’s change will serve as a wedge into the restrictive practices of other companies, some of which have been waging years-long battles to protect their strangehold on repairs.

Owners of tractors made by John Deere & Co. have been especially aggressive in fighting Deere’s practice of withholding information about software in its products that interferes with part replacements.

In 2018, Deere and other agricultural equipment makers agreed to make repair tools, software and diagnostic programs available to users as well as authorized repair shops by Jan. 1 this year. Now there are disagreements over whether Deere has met its promise.

As the right-to-repair movement has gained steam, manufacturers’ excuses for resisting have fallen away. The FTC report cast doubt on assertions that consumer repairs could render products unsafe or insecure or lead to infringements of copyrighted software or breach manufacturers’ proprietary technology.

The truth is that most repairs of consumer products don’t make any of these negative outcomes likely and could be facilitated by more user-friendly designs. The tools and manuals that manufacturers have guarded so jealously, Gordon-Byrne says, “are not secret — they’ve just been distributed exclusively, and under antitrust law you can’t do that.”

In this case, Apple may actually achieve what high-tech companies always identify as their goal: to make life better and freer for their customers, even if the company could have gone further, faster.