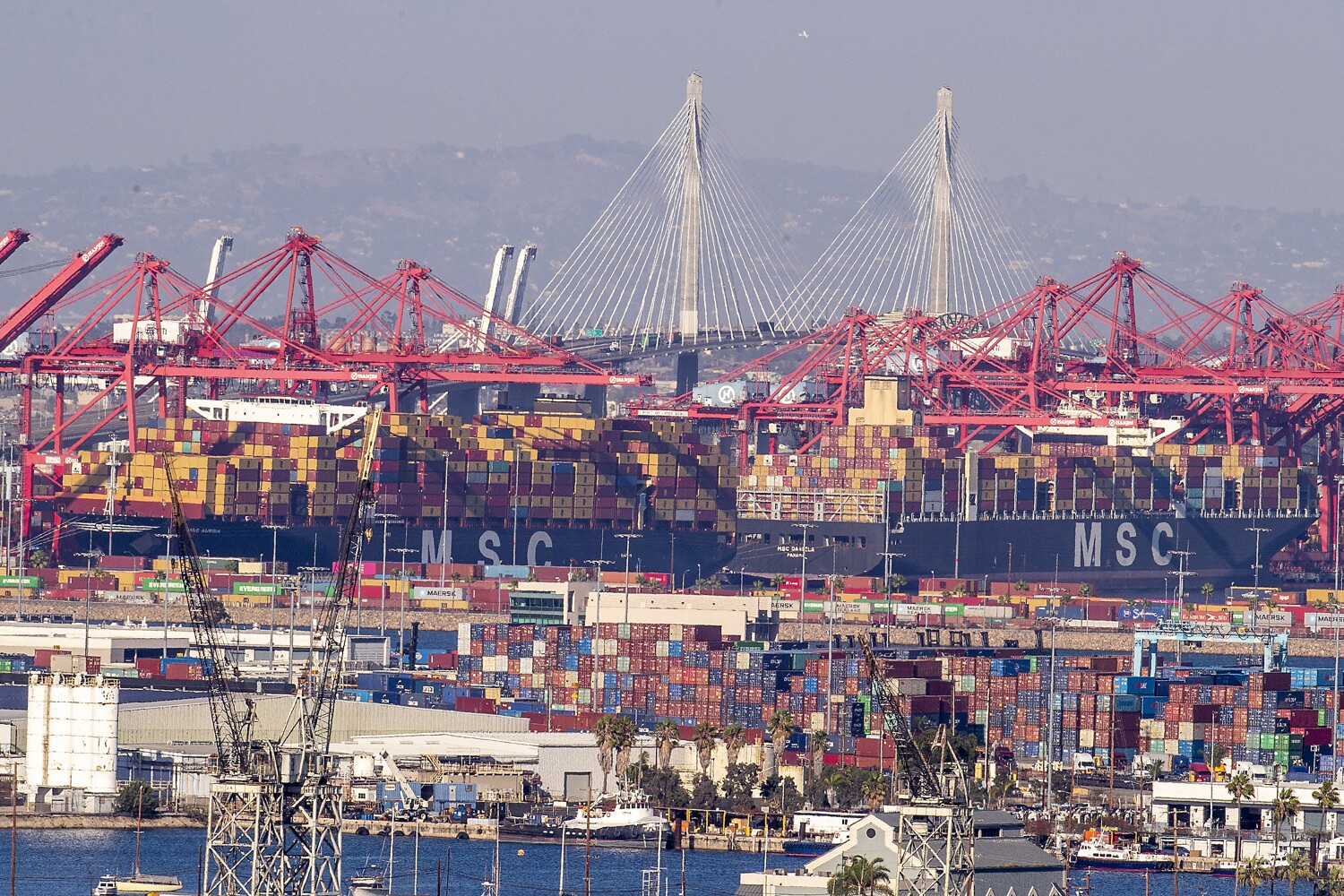 The immediate future of the global supply chain rests on a bargaining table in San Francisco, where the union representing all West Coast dockworkers is hashing out a new contract with the assembled bosses of maritime shipping.

The current contract, which covers the International Longshore and Warehouse Union’s more than 22,000 workers at the 29 ports dotting the Pacific coast of the US, is set to expire July 1.

At stake is the continuing flow of goods into the country, after two years of disruptions to the supply chain from pandemic lockdowns, material shortages, soaring fuel prices and the occasional giant ship getting stuck in the Suez Canal. Forty percent of all US maritime imports pass through the West Coast ports, with more than 30% of all containerized imports arriving at the ports of Los Angeles and Long Beach, which together make up the nation’s largest port complex.

Past contract talks have run beyond the expiration date and led to major disruptions to port operations, as workers and shipping companies, represented at the table and the West Coast docks by the Pacific Maritime Assn. industry group, agitated for a better deal.

In 2002, negotiations deteriorated to the point where the PMA, which represents 70 ocean carriers and terminal operators, locked out its workforce for 10 days until the George W. Bush administration intervened. In 2014 and 2015, the Obama administration also got involved to help end a yearlong contract fight peppered with slowdowns and stoppages.

The backdrop of the negotiations is starkly distinct from earlier rounds. In 2002 and 2015, the shipping companies were facing either low profits or outright losses, as a glut of new megasize ships kept freight rates and shipping revenue low.

But the last two years have brought financial bonanzas for ocean shipping companies, with the industry as a whole posting more than $150 billion in profits in 2021. One of the industry leaders, AP Moller-Maersk, had the most profitable year of any company in Danish history, with $18.7 billion in profits — a trend that the shipper has continued into 2022, with a $6.8 billion reported profit in the first quarter alone.

All the while, total imports from Asia to the US West Coast have increased over the years, giving the workers of the ILWU more power over their crucial point in the global flow of goods. A surge in import demand led to a historic backup at the LA port complex over the last year, with more than 100 gargantuan container ships idling offshore waiting to berth at certain times during the holiday season. That number has since declined to 30 ships waiting to be unloaded, but as the labor negotiations unfold this summer, supply chain experts are bracing for a new round of shipping whiplash.

Port congestion “has improved,” said Christopher S. Tang, a distinguished professor at the UCLA Anderson School of Management who studies supply chains, but “this will be short-lived because the tsunami is coming.” The peak ocean liner shipping season typically picks up in August for the back-to-school and holiday seasons, and retailers burned by delays in previous years are getting a head start in anticipation. Combined with a backlog of ships idling at port in Shanghai, which has been subject to strict COVID-19 lockdowns, Tang believes another crunch will arrive soon.

With the supply chain and its link to inflation in the national spotlight for the first time in decades, both sides of the table opened talks with guardedly positive rhetoric in statements made before bargaining, and a mutually agreed-upon media blackout, began.

The president of the ILWU, Willie Adams, wrote that “the men and women of the ILWU are looking forward to the opportunity to meet with the employers and seek a contract that honors, respects, and protects good American jobs and US importers and exporters” in on open letter published in early May. James McKenna, chief executive of the PMA, said in a video statements that the organization is committed to negotiating a new contract without disruptions.

Politicians have already weighed in, urging both parties to reach an agreement. Adams was called to a meeting at the White House last October to talk about the supply chain with President Biden, Vice President Kamala Harris and Secretary of Transportation Pete Buttigieg, among others, and was joined on a tour of the port complex in November by California Gov. Gavin Newsom and the Biden administration’s port envoy, John Porcari. In May, as the talks began, Sen. Dianne Feinstein of California published a letter to Adams and McKenna asking them to come to terms quickly, noting that any slowdowns or stoppages would “exacerbate global supply chain disruptions.”

If negotiations grow more heated, the Biden administration has also indicated that it will step in. “We don’t need to get involved in this negotiation unless we have to,” Secretary of Labor Marty Walsh said in a May interview with Bloomberg.

The potential for conflict is clear. PMA CEO McKenna highlighted the fact that ILWU workers receive “world-class wages” that approached $195,000 per year on average for full-time workers, plus benefits, and stated that the PMA was committed to advancing automation at the ports.

ILWU President Adams countered both points in his open letter. “We make no apologies for achieving wages that allow workers to provide for their families, have retirement, and the healthcare these difficult and dangerous jobs require,” Adams wrote, noting that “decades of previous negotiations have made longshore jobs good blue-collar jobs .”

On the automation question, Adams was more forceful, writing that “automation not only kills good jobs but does not move more cargo” and poses a national security risk as infrastructure hacking becomes more widespread.

After two years of working through the pandemic, with shippers booking record profits, the historically well-organized and powerful ILWU is likely looking for raises to beat inflation, according to Jake Wilson, professor of sociology at Cal State Long Beach who has written multiple books on the ILWU and global logistics labor.

“When you look at the value added and the importance of the work the dockworkers do, it’s a small percentage of an overall highly profitable system for these massive corporations,” Wilson said.

West Coast dockworkers are the highest paid logistics workers in the United States, but Wilson noted that “these jobs are still increasingly being squeezed — workers at the docks haven’t had a raise in years, there’s ongoing pressure to work more hours and work through the night and other demands that would require hiring more dockworkers who are union.”

The numbers bear out Wilson’s argument. The PMA paid out $2.26 billion in wages in 2021, and another $1.55 billion in benefits, according to its annual report. The shipping industry made $150 billion in profits.

A 10% raise across the board for the West Coast longshoremen would raise labor costs on the West Coast from $3.8 billion to roughly $4.2 billion. That $400-million increase represents just over a quarter of 1% of the industry’s profits last year. The estimated cost of the 10-day work stoppage in 2002 ran into the billions for the US economy. Ten days of profits lost out of the $150-billion year would add up to more than $4 billion for the shipping companies alone.

“What’s really unique about dockworkers around the world is their strategic location in the world’s choke points. Working in the ports provides a lot of leverage,” Wilson said. “The money is there, the shippers are accumulating massive amounts of profit, while most people aren’t.”